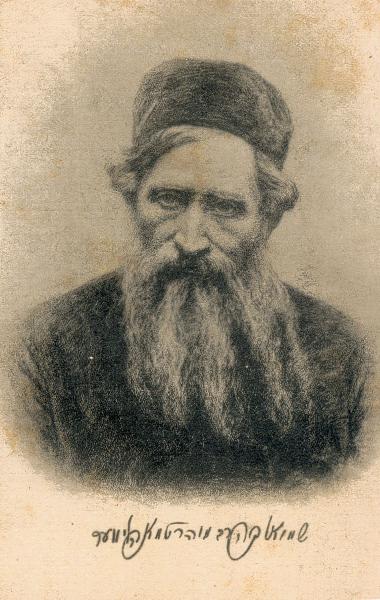 Rav Shmuel Mohilever (1824–1898) studied in the Volozhin Yeshiva and became a pioneer of religious Zionism. In response to the anti-Semitic May Laws and subsequent progroms in the late nineteenth Century, Rav Mohilever became one of the founders of the Hovevei Zion society, and convinced Baron Edmond James de Rothschild to contribute to the emerging Zionist movement. As Rav of Białystok, he promoted Zionism by recruiting members of the Jewish community there to move to Petah Tikva, then a struggling settlement in Palestine. Facing differences with the secularist Hovevei Zion main offices in Odessa, chaired by Leon Pinsker, Rav Mohilever established the Mercaz Ruhani (Mizrachi) branch of the organization, which would later officially join the Zionist Organization and become the pillar of the religious Zionist movement. In 1897, Rav Mohilever sent a message to the First Zionist Congress, urging all Sons of Zion to resolve their differences over matters of religion. Rav Mohilever’s disciples, including Rav Yitzchak Yaacov Reines, followed his example of uniting Jewish Orthodoxy with practical Zionism.