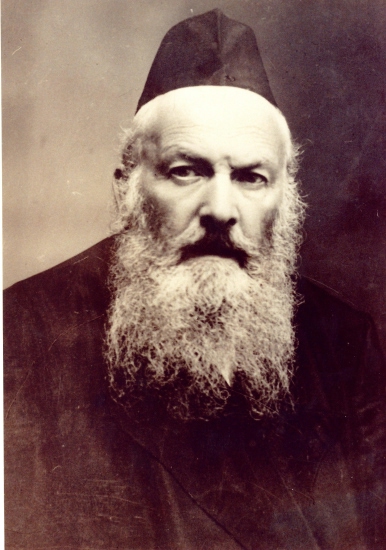 Rav Elchonon Wasserman (1874-1941) was born in the village of Biržai , in present-day Lithuania, and studied in the Telshe Yeshiva under Rav Eliezer Gordon and Rav Shimon Shkop. In 1897 he relocated to Brest-Litovsk (Brisk) in present-day Belarus, where he learned under Rav Chaim Soloveitchik for two years and thereafter considered him his primary rebbe. From 1907 to 1910, he studied in the Kollel Kodshim in the Raduń Yeshiva, headed by The Chofetz Chaim. In 1910, with the endorsement of the Chofetz Chaim, Rav Wasserman was appointed Rosh Yeshiva of the Mesivta in Brest-Litovsk. After World War One, Wasserman moved to Baranovichi, now in Belarus, where he became head of the Novardok Yeshiva. Under Rav Wasserman’s supervision, the yeshiva expanded to close to 300 students. He was one of the leaders of the Agudath Israel movement and was regarded as the spiritual successor of the Chofetz Chaim. In the late 1930s, Rav Wasserman traveled to America to raise money for the yeshiva. He returned to Poland although he knew his life would be in danger, because he did not want to abandon his students, and partly because he did not have a high regard for American Jewry. Just before the Nazi invasion in 1939, he even forbade his students to travel to America and attend Yeshiva University, which he considered spiritually unfitting. In 1941, Rav Wasserman was murdered by Lithuanian collaborators in the Kaunas Fortress.