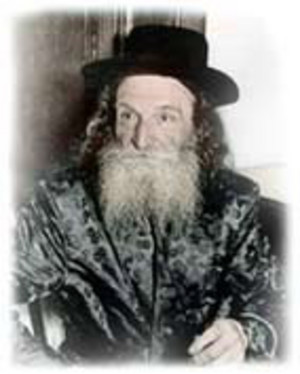 Rav David Cohen (1887-1972) was born near Vilna, Lithuania, studied at the Raduń Yeshiva under Rav Yisrael Meir Kagan, the Volozhin Yeshiva and the Slabodka Yeshiva. He became known as a talmudist, kabbalist, Jewish philosopher and ascetic who took the Nazirite vow. With the aim to extend his knowledge beyond the traditional studies taught in the yeshivot, Rav Cohen was influenced by Rav Samson Raphael Hirsch, Rav Moses Hayyim Luzzatto and mostly by Rav Abraham Isaac Kook. In 1922, Rav Cohen accepted an invitation from Rav Kook to join the yeshiva he established in Palestine as an instructor. He was also entrusted with editing Rav Kook’s philosophical manuscripts and disseminating his ideas. Rav Cohen was dedicated to Rav Kook’s doctrine that the return to Zion and establishment of the State of Israel would herald the Messianic Age, and he openly criticized rabbinical authorities who espoused anti-Zionist views.